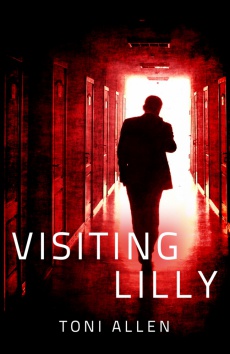 Jake Talbot's a British cop, living in Surrey, UK. He moved out of London after his parents died at Christmas and his sister became mentally unwell. Talbot hates Christmas. It's Christmas. He takes on an easy case, som erich bloke upset because a young man wants to visit his grandmother in her residential care home. All young Frankie wants to do is visit Lilly, and Talbot can't see the harm in that - until Frankie starts to explain that he's been visiting Lilly in the past, when she was young, and beautiful. Surely he doesn't have a time machine? Impossible. The more Talbot digs, the more pressure comes from every quarter, including the Ministry of Defence, who have a keen interest in Frankie's activities. Is Frankie mad, or a genius? He's certainly unusual. Talbot's convinced that Frankie's simply naive, until someone shouts murder, and those who would keep the truth secret have Talbot running for his life. Will Frankie get to visit Lilly, the woman he loves? Or will the secrets of the past be buried forever?