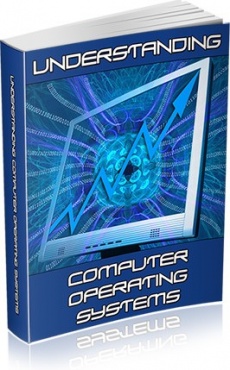 Our body couldn't function without our brains.  The brain tells the various pieces of our body how to work and how to interact.  Without a brain, we wouldn't be able to do anything at all.

An operating system is kind of like the brain of a computer.  You have a bunch of hardware like the CPU tower, the monitor, and the keyboard, but without a CPU, they can't do anything but power up and turn on.  The operating system organizes files and lets the hardware know what it should do.

In the early days of computers, there was just one operating system.  As computers progressed, the OS turned into MS-DOS, but computers really weren't capable of doing much without software.  Then Bill Gates came along.

With the founding of Microsoft, the computer operating system came into its own and brought computers to new levels of functioning and technology.  Although the brand names of operating systems are few, they do perform different tasks depending on the requirements of the computer user.

While the dominant OS today would be Microsoft Windows, there are other types of operating systems that offer different features.  Those would include Linux, UNIX, and OS X.

As you can see, the operating system technology has evolved and is continuing to evolve.  It seems like Microsoft is always coming out with a new and better operating system which leads people to wonder whether or not the system they are currently using is really the best one.

It can be confusing.  But it doesn't have to be.  In the pages of this ebook, we'll explore operating system in depth.  You'll discover about what they do, how they work, and what needs specific systems can meet.  Ultimately, the choice is a matter of preference, but it helps to be informed on what you are really getting when choosing an OS.