Trust To A Degree Ebook 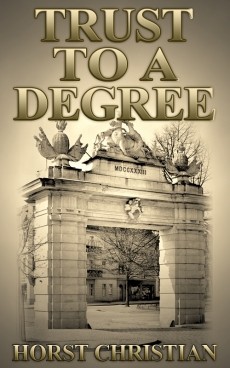 +$1
Title: Trust To A Degree
Description:

After narrowly surviving the fall of Berlin, book two in the series finds Karl Veth under arrest and on his way to being interrogated by a Russian Kommisar. It isn't long before Karl finds out that his knowledge of the Berlin subway system is the reason for his arrest and the high-ranking Russian offical wants to use that knowledge to his advantage.

Karl, as well as his friend Harold, are given two choices - agree to work with the Kommisar or be shipped off to the Russian labor camps. The boys agree to work with the Kommisar and complete the missions assigned to them. The final mission, however, does not end the way Karl had planned. Rather than being released as he had hoped, he must make a very difficult decision. He must agree to do the one thing he has never done - take the life of another or, risk the life of someone he holds very dear.