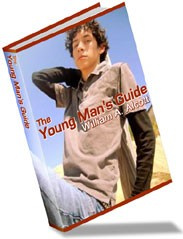 INTRODUCTION. Mistakes in regard to the disposition and management of the young. 19-26


INTRODUCTION.
The young are often accused of being thoughtless, rash, and unwilling to be advised.
That the former of these charges is in a great measure just, is not denied. Indeed, what else could be expected? They are thoughtless, for they are yet almost strangers to the world, and its cares and perplexities. They are forward, and sometimes rash; but this generally arises from that buoyancy of spirits, which health and vigor impart. True, it is to be corrected, let the cause be what it may; but we shall correct with more caution, and probably with greater success, when we understand its origin.
That youth are unwilling to be advised, as a general rule, appears to me untrue. At least I have not found it so. When the feeling does exist, I believe it often arises from parental mismanagement, or from an unfortunate method of advising.

The infant seeks to grasp the burning lamp;-the parent endeavors to dissuade him from it. At length he grasps it, and suffers the consequences. Finally, however, if the parent manages him properly, he learns to follow his advice, and obey his indications, in order to avoid pain. Such, at least, is the natural result of rational management. And the habit of seeking parental counsel, once formed, is not easily eradicated. It is true that temptation and forgetfulness may lead some of the young occasionally to grasp the lamp, even after they are told better; but the consequent suffering generally restores them to their reason. It is only when the parent neglects or refuses to give advice, and for a long time manifests little or no sympathy with his child, that the habit of filial reliance and confidence is destroyed. In fact there are very few children indeed, however improperly managed, who do not in early life acquire a degree of this confiding, inquiring, counsel-seeking disposition.

Most persons, as they grow old, forget that they have ever been young themselves. This greatly disqualifies them for social enjoyment. It was wisely said; 'He who would pass the latter part of his life with honor and decency, must, when he is young, consider that he shall one day be old, and when he is old, remember that he has once been young.' But if forgetfulness on this point disqualifies a person for self enjoyment, how much more for that which is social?

Still more does it disqualify us for giving advice. While a lad, I was at play, one day, with my mates, when two gentlemen observing us, one of them said to the other; 'Do you think you ever acted as foolishly as those boys do?' 'Why yes; I suppose I did;' was the reply. 'Well,' said the other, 'I never did;-I know I never did.'

Both of these persons has the name of parent, but he who could not believe he had ever acted like a child himself, is greatly destitute of the proper parental spirit. He never-or scarcely ever-puts himself to the slightest inconvenience to promote, directly, the happiness of the young, even for half an hour.

He supposes every child ought to be grave, like himself. If he sees the young engaged in any of those exercises which are really adapted to their years, he regards it as an entire loss of time, besides being foolish and unreasonable. He would have them at work, or at their studies. Whereas there is scarcely any thing that should give a parent more pleasure than to see his children, in their earliest years, enjoying that flow of spirits, which leads them forth to active, vigorous, blood-stirring sports.

Of all persons living, he who does not remember that he has once been young, is the most completely disqualified for giving youthful counsel. He obtrudes his advice occasionally, when the youth is already under temptation, and borne along with the force of a vicious current; but because he disregards it, he gives him up as heedless, perhaps as obstinate. If advice is afterwards asked, his manners are cold and repulsive. Or perhaps he frowns him away, telling him he never follows his advice, and therefore it is useless to give it. So common is it to treat the young with a measure of this species of roughness, that I cannot wonder the maxim has obtained that the young, generally, 'despise counsel.' And yet, I am fully convinced, no maxim is farther from the truth.