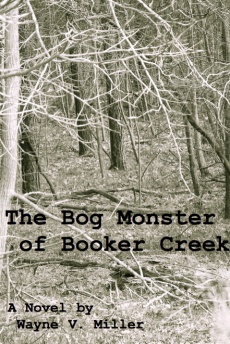 This novel is told as a long letter written by John Densch to his son, but the letter is addressed to his son ten years in the future. In it, John tries to understand what happened to him and his family after an accidental media circus brings them momentarily into the national limelight - and brings John into suspicion in the case of a missing person. John himself is trying to wrestle with memories from his childhood that he intertwines into his narrative. He realizes, eventually, that those memories - those stories of alien abduction and time travel - matter to him in ways he had never realized before. The story has a wide cast of characters and philosophical questions. But it all comes down to: who is the bog monster and what does he want?