The Blood of Judas Ebook 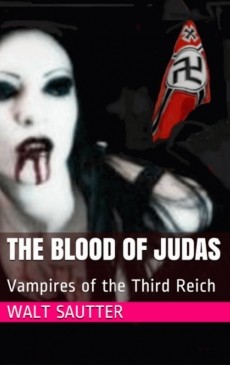 A German woman (Elda) and her father are sent to a Nazi concentration camp where she is visited nightly by her vampire lover Anton. He explains to her how he had first been created in Czarist Russian by Giorgi Rasputin. He tells her how he had followed the precepts of his patron Saint Judas and how he had endured over the decades without sacrificing any lives of the truly innocent in order to survive. To avoid her certain death he strives to convince her to become "one such as he". After numerous visits he succeeds and she is created and thus attains the powers of the undead. They then leave together in search of her father.

She soon finds out that her father has been murdered in a grisly medical experiment by the Nazis. Upon hearing of his death she immediately begins her quest for revenge.

With the aid of her lover Anton, they travel throughout war-torn Germany and beyond to serve justice upon her father's killer. During the obsessive search they encounter many obstacles not the least being the Nazi's own vampire slaves which serve to thwart their every move.

'The Blood of Judas' is a horror story set in a background of horror. It is a fine read for one who enjoys a tale of vampires, suspense and revenge.

See the video trailer - 'Vampires of the Third Reich' at You Tube.