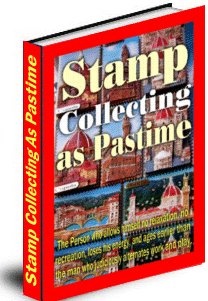 Who Else Wants To Find Out The Best Way To Enjoy A Hassle-Free and Truly Enjoyable Camping Trip?

Why you should seriously consider collecting stamps?

The Person who allows himself no relaxation, no recreation, loses his energy, and ages earlier than the man who judiciously alternates work and play.

Many people are at a loss to understand the fascination that surrounds the pursuit of stamp collecting. They are surprised at the clannishness of stamp collectors, and their lifelong devotion to their hobby.

They are thunderstruck at the enormous prices paid for rare stamps, and at the fortunes that are spent and made in stamp collecting.

This ebook, Stamp Collecting will afford a peep behind the scenes, and explain how it is that, after nearly over a century and a half of existence, stamp collecting has never been more popular than it is today.

If you are in search of a hobby I assure you none is more attractive or more satisfying than stamp collecting.

The literature of stamp collecting is more abundant than that devoted to any other hobby. You can find these volumes almost everywhere.

Governments and statesmen recognize, unsolicited, the claims of stamp collecting-the power, the influence, and the wealth that it commands.

From a mere schoolboy pastime it has steadily developed into an engrossing hobby for the leisured and the busy of all classes and all ranks of life, from the royals to the errand boy in the merchant's office.

In the competition of modern life it is recognized that those who must work must also play. The physician assures us that the man who allows himself no relaxation, no recreation, loses his energy, and ages earlier than the man who judiciously alternates work and play.

As stamp collecting may be indulged in by all ages, and at all seasons, it is becoming more and more the favorite indoor relaxation with brain-workers.

It may be taken up or laid down at any time, and at any stage. Its cost may be limited to few cents or dollars, and it may be made a pleasant pursuit or an engrossing study, or it may even be diverted into money-making purposes.