How I Became a Terrorist
Category: Thrillers, Action, Fiction 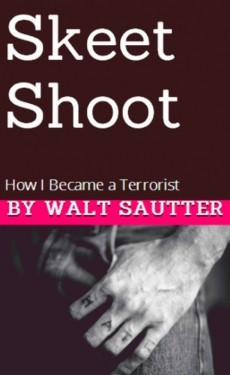 The fulfillment of a childhood promise leads to the shocking discovery of a friend's death and likelihood of his having been murdered. Haunting memories and compulsion cloud our hero's mind and eventually drive him headlong into an obsessive search for the truth. He leaves medical school and moves to the rural Pennsylvania coal town where the body was found in an attempt to ferret out the killer and exact retribution.

The town itself is largely a collection of hillbilly riffraff and their kin. The local watering hole is called The Miner's Shaft and is the hangout for those he suspects as being involved with the murder. At The Shaft he meets Sally. She is the bartender and although a native of the town, her views are diametrically opposed to the bigoted sentiments of the bar's patrons.

With Sally's help and good acting the protagonist cozies up and infiltrates the 'good old boys' at The Shaft.

He soon is invited to go hunting with his new found 'friends' and after several nerve-racking expeditions he is asked to join the 'hunting club'.

Shortly thereafter he discovers the true nature of the 'hunting club.' It is a front for the "Defenders of Our Nation', a group of armed antigovernment radicals. It is an invitation he can't refuse!After attending several fiery rallies he joins the D.O.N.

Little does he know of the sinister mission in which he will participate. Can he escape involvement? Does he ever answer the questions which sent him on his initial quest? Does the terrorist scheme of the D.O.N. come to pass?

"Skeet Shoot" contains all the answers and more.

Other books by Walt -


Reader Reviews for "How I Became a Terrorist"
Reviewed by lekan on 2016-06-04
My Rate 5
great book, i love this book. well its cool for everyone.


Reader Reviews for "How I Became a Terrorist"
Reviewed by lekan on 2016-06-04
My Rate 5
great book, i love this book. well its cool for everyone.