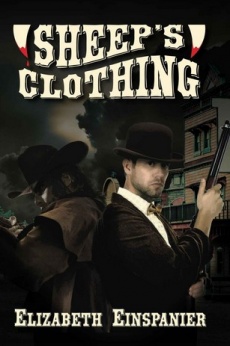 Thanks to his New York education, Dr. Nathaniel "Doc" Meadows has always been a skeptic when it comes to the old ghost stories of the frontier. He strongly prefers the logic of his medical practice, and saw no reason to give these tales any creedence. This changes in a hurry, though, when he offers his aid to a gravely-injured half-Sioux gunslinger named Wolf Cowrie. Cowrie brings some terrifying news with him: three vampires have moved into the small town that Doc has grown to love, and they are feeding on its population.

Wolf has his own reasons for hunting the sinister Russeau and his female companions. Russeau stole away a woman that Wolf had planned to marry, turning her into another of the foul creatures. Doc, meanwhile, is understandably terrified by the prospect of facing down blood-sucking demons, but he has vowed to protect the people of Salvation from any ailment--even one that is supernatural in origin. Doc needs to get over his skepticism in a hurry if he is to save the town of Salvation from a slow death.