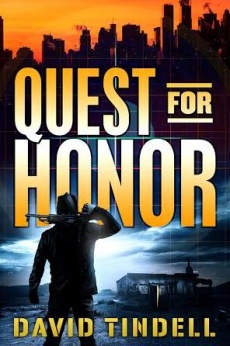 What price would you pay to restore your honor?

Jim Hayes lives a quiet widower's life in Wisconsin. Unable to prevent the murder of his pregnant wife six years ago, Jim has trained in the martial arts and studied the warrior ethos, vowing that the next time he is called upon to act in defense of the innocent he will not fail, and his honor will be restored.

His estranged younger brother Mark, a career Army officer commanding a base in Afghanistan, approaches the end of his military career and wonders if civilian life will provide him with the same sense of honor he has found in uniform.

In lawless Somalia, terrorist chieftain Yusuf Shalita, tired of endless jihad, has decided to defect. Armed with intelligence about an imminent and massive attack planned against the US homeland, he tells CIA he will turn himself over to the only American he has ever known who was an honorable man: his old college friend Jim Hayes. This condition will bring the Hayes brothers back together in a way they never would have imagined.