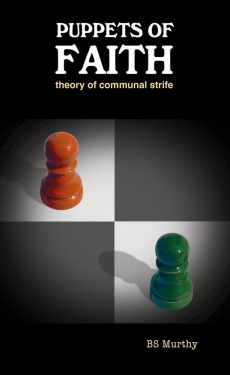 The sublimity of Muhammad's preachings in Mecca and the severity of his sermons in Medina make Islam a Janus-faced faith that forever bedevels the mind of the Musalmans.

When a bunch of apparently non-practicing Musalmans headed by Mohamed Atta launched that fifayeen attack on New York's World Trade Centre that Sep 11, the non-Muslim world, by then familiar with the ways of the Islamic terrorism, was at a loss to fathom the unthinkable source of that unexpected means of the new Islamist scourge.

This novel nonfiction probes the mind of the Musalmans, afflicted by the Islamic psyche shaped by the proclivities of their prophet, vicissitudes of his life, attitudes of his detractors, and the credulity of the Umma, with Thomas A. Harris's 'I'm Ok - You're Ok' scanner, to sketch the anatomy of Islam that explains the Atta phenomenon.

Also examined herein is how the Hindu sanatana dharma came to survive in India that is in spite of the onslaught on it, first by Islam and then by the Christianity, for over a millennium.