A book is a mirror; if an ass peers into it you can't expect an apostle to look out.
Georg Christoph Lichtenberg
Advanced search 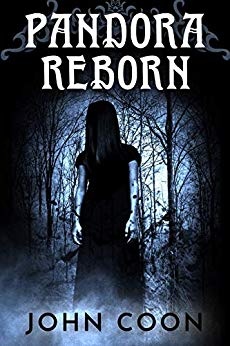 Ron Olsen's life takes an unexpected turn when he is forced to relocate to Deer Falls with his mother and younger brother after his parents get divorced. Ron hates the idea of being stuck in a small Colorado town away from his father, his friends and his club soccer team. He worries that the move will kill a promising soccer career and ruin his chances to land a college scholarship.

Deer Falls is not just another sleepy farm town. After being sent to detention on his first day of school, Ron is told the town is a hub of supernatural activity. He is skeptical, but circumstances soon open his eyes.

The warning to Ron takes on a frightening new meaning when a mysterious woman in black is freed from a chest that imprisoned her. A series of unexplained deaths follow.

Ron soons learns this woman is an ancient witch who is determined to rain down death and destruction on the entire town. He and his friends find themselves drawn into a battle with this ancient and powerful evil.