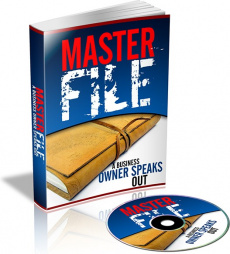 Uncover The Secrets Of Successful Marketing

Your marketing has the potential to make you very, very wealthy. Learn how to build your own marketing company for maximum profits.

Terry:
Hey, you're listening to Terry Telford, and we're very lucky to have Terri Levine with us today. We're going to be doing a network marketing workshop with Terri. Just to give you a little bit of background, Terri Levine is a world-renowned business coach, and a very successful entrepreneur. She's written several best selling ebooks and she's regularly featured on TV and radio shows. She's really got a serious track record of helping entrepreneurs building million dollar businesses in very short periods of time. She's also a professional network marketer. That's what we're going to talk to Terri about today. So, without me stealing your fire, Terri, maybe you can tell us a bit about yourself.

Terri:
Sure. Thanks Terri; great to be here. I went to college to be a speech language pathologist and I started in the field and knew instantly that it wasn't what I wanted to do. But, you have to go to college and you have to pick something. I got very lucky; I got good at business, developed my own speech clinic, and then we were serving doing occupational and physical therapy. Here's the luck: one day, a guy walks in the door, and says he's from a rehabilitation company and that he wants to buy my business. So, here I am in my early 20's, a man bought my business, and now I have a pile of money and I go, "Now what do I want to do?"

Here's what I decided: when I was a young child, I grew up in a rather poor family. We moved up to the middle class when I was in the fifth grade, but we moved into a neighborhood that was well above our means. So, whenever I went to children's houses in the neighborhood, they would have this beautiful artwork on their walls, and we had nothing. I started to feel intimidated by it. So, when I had this pile of money here, and I had to decide what to do, I decided that I wanted to help people get art no matter what their social class, and enjoy it.

I started a network marketing business. I didn't really know a lot about network marketing, but I thought about the business. If I was the only one going into people's homes and doing these art shows with these paintings, I can only reach X number of people. The only other way to do it is duplication, which meant training other people to do what I did. The short version is, eight years later, that company was bought out by a person who was retiring as the president of Encyclopedia Britannica. That was pretty awesome. We grew that company; my husband eventually had to come help me because we grew it so big. We started with zero and we grew that up to 12 million.

Terry:
Oh wow. Run me through that process, Terri. How did you do it?