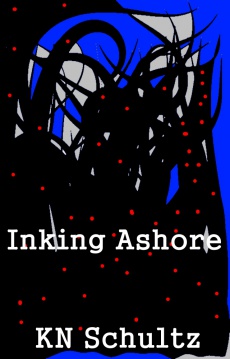 From the dawn of the New World, the fresh waters of the rivers flowing through the Cities and the Wild have teemed everso with the distinct taint of inking black tentacles masses of evil. Forced into the watery prison, the beasts grow larger and more vile, feeding off the souls of those unfortunate living souls caught within their reach. These demonic Shadows of many limbs, eyes, fangs, hatred, and violence torment the world that cast them down for their mutations and wait for their day of reckoning upon all of humanity.

An unassuming part of lower class City workers of particular unimportance aims to rid the world of the inking nightmares polluting their waters. However, the party's leader, Fang remains missing in action with her destructive part left undone. Her two comrades Rat, a sewer alchemist of limited design, and Nails, a witch forge master of forgotten eras, follow her trail beneath the city inside the water filtration tunnels to find her and drop fearsome death upon the water demons they've been battling since their livelihood was chosen for them.

What ensues is the start of a new war as the abominable evil slithers ashore to feast on the murdereous mayhem of mass extinction.