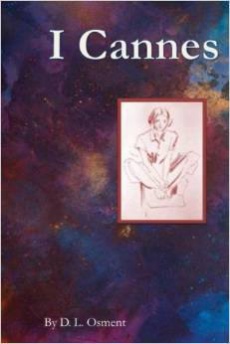 Lucy Major is a filmmaker who acts as a consultant to filmmakers in developing countries, helping them shape their projects so they appeal to Western audiences. She is successful in her field although she has been diagnosed with more than one psychiatric disorder. This year - for the fourth time in five years - she has a film in competition at the Cannes Film Festival. She is also psychic and is convinced that this film will win the Camera d'Or - the award that Cannes gives to the best film by a first time director. She is so convinced that they are going to host a party for the film's director. On the plane to Barcelona, where she is going to rent a car then drive to Cannes, she meets a handsome younger man who she finds extremely appealing. She gives him a ride to the beautiful city of Girona in Catalunya, Spain, where they part. Lucy continues on to Cannes where she joins her friends, Philippe, Sofia and Nicky. The book is a great how-to guide for first-time attendees of the Festival. Lucy's new Spanish friend surprises her at the party and they enjoy a nice little fling during which they discover that they have shared many past lives and that any relationship between the two of them may well mean his death.