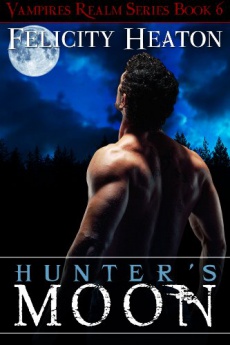 Having witnessed vampires slaughtering his werewolf pack during their escape from the horror of the compound where they had been held captive, Nicolae's hatred of the species burns deep in his veins. A century has passed since that night and the months in which he travelled to the Canadian wilderness to escape it, but the nightmarish visions and his failure as an alpha still haunt him, forcing him to live alone and keep his distance from other werewolves.

When a night hunt with the local timber wolf pack leads to a run-in with unfamiliar hunters, Nicolae tracks the scent of blood permeating the forest to an injured woman and races to save her, but has he made a terrible mistake in doing so? When she attacks him, revealing her true nature, he can't believe his eyes or the fact that he can't bring himself to kill her. She's beautiful, and a vampire.

Tatyana is on a mission. Far from home and bearing a heart filled with grief, she's intent on killing the hunters she's tracking, but her plan didn't include being shot with poisoned arrows. When she comes to in the presence of a glowering handsome male werewolf, she isn't sure what to expect. His dark demeanour and cold tone warn her that he isn't like the subservient werewolves she's used to, and that she might not be out of danger yet, but she doesn't let it discourage her. Working with him to discover why the hunters have come to Canada, she attempts to shatter his antiquated opinion of vampires, but the closer she gets to him, the harder it becomes to battle the forbidden hunger he stirs in her.

Will Nicolae be able to overcome the darkness in his heart and his memories, and embrace his desire for a vampire? Can Tatyana face her fear about the Law Keepers and risk her heart and her life for the sake of forbidden love? When they discover what the hunters are after, will they be able to stop them before it's too late?