How to Tell Stories to Children
Category: Children, Parenting 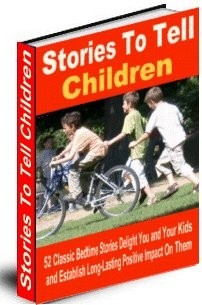 +$5
Title: How to Tell Stories to Children, And Some Stories to Tell
Description:


More than ever Telling Stories to Children, is more imperative now. Today, television, movies and video games compete with the old-fashioned story-telling which in many cases do not provide children with adequate and wholesome entertainment.

Stories to tell Children is a compilation of classic stories written with the children's future well-being in mind.

Composed of 52 stories, Stories to tell Children is guaranteed to delight both the parent and the children and bridge the communication and generation gap that is commonplace in many homes today.

THE PURPOSE OF STORY-TELLING IN SCHOOL

SELECTION OF STORIES TO TELL

ADAPTATION OF STORIES FOR TELLING

HOW TO TELL THE STORY

STORIES SELECTED AND ADAPTED FOR TELLING

ESPECIALLY FOR KINDERGARTEN AND CLASS I.

ESPECIALLY FOR CLASSES II. AND III.

ESPECIALLY FOR CLASSES IV. AND V.

THE CHILD-MIND; AND HOW TO SATISFY IT