Curiosity is one of the permanent and certain characteristics of a vigorous mind.
Samuel Johnson
Advanced search 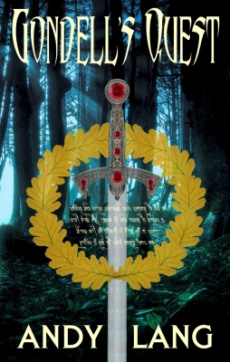 Gondell's Quest is an Epic Fantasy Adventure, set in an era before the rise of man.

Gondell Lenzen, an everyday and ordinary Gnome, had never considered himself to be special in any way, yet long forgotten family history would beg to differ.

He is the Keeper. The key to victory in the coming conflict, only he can release the sword of legend as a new darkness descends from the north, threatening to plunge the peoples of the free world into a nightmare of subjugation and misery.

Follow Gondell as he is captured by the forces of evil. His only hope of salvation, a band of misfits from the Guild of Free Peoples. Elf, Ogre, Dwarf and Nymph partner with a Ghul, a desert demon in a valiant rescue attempt.