A room without books is like a body without a soul.
Marcus Tullius Cicero
Advanced search 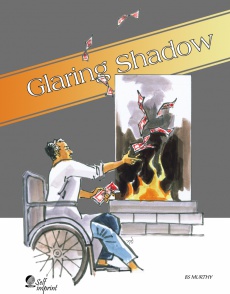 The blurb is meant to draw readers to the book for it to hold them till the very end. It's the uniqueness of Glaring Shadow in that its opening lines double up for its blurb; here it is how:

He had the soul of our times, and is the namesake of many. He tamed success by the scruff of its neck, only to fuel envy in our neighborhood. When it seemed there was no stopping him, fate dealt him a deadly blow in his early sixties. Besides losing his wife, son and daughter-in-law with their children in that fatal road mishap, he found his leg mangled in the debris of their Ferrari. The intensity of the pity all felt for him seemed to match the magnitude of his loss, but as he became a recluse, his thought eluded all, and in due course, his tragedy became a thing of the past. But, in time, his intriguing behavior brought him back to the top of the page three in the local media - why he had disposed off his lucrative real estate for a song that left the realtors in the lurch. And as if to create a newsflash in the business world, he had off-loaded his considerable stockholding, which sent the bulls running for cover in the country's bourses. Soon, even as the scrip was crunching in the bear hug, the closure of his umpteen bank accounts earned him the national headlines, as it heralded a first rate liquidity crisis in the country's banking system. But even in that gloomy setting, it cost me a fortune to acquire his palatial bungalow the outhouse of which he had retained.

When I called on him for chitchat that morning, I was shocked to see him shredding mounds of money lying beside him..