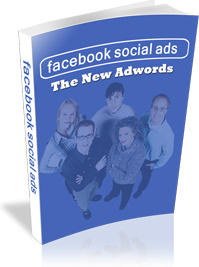 "Are You Ready To Run Ahead Of The Pack With The Best Web 2.0 Monetization Guide Ever Written?"

Unless the rock you're living under is buried deep underneath a tree on a desert island lost in the middle of the Pacific, you're probably already clued in to the most popular website this side of the search engines.

Facebook has long been held as the sacred destination of Internet Marketers. They've longed to turn the website's immense traffic into social marketing gold, but few have been able to break through and monetize the site.

During the MySpace heyday, people were spoiled by the ability to use the social networking features to expand their customer base. Smart marketers would routinely find thousands of new friends and convert that traffic with simple marketing techniques.

People who expected to easily make the transition from MySpace to Facebook faced a surprisingly difficult scenario. Facebook's clientele wasn't nearly as accepting a marketing population as MySpace was and most marketers soon gave up, declaring that Facebook was useless for their purposes.

What these early Facebook marketers didn't realize was that there was a way to effectively market products and services, it's just different than what's done on MySpace. These marketers either didn't try new methods or didn't know enough about Facebook to make the new methods work.

Either way, as someone who regularly and successfully markets products on Facebook, I scoff at people who tell me that the traffic from Facebook is worthless.

When I first saw Facebook, I was excited to use it, purely from a social marketing point of view. I had heard about it from some friends and it seemed like a great way to stay in touch with people and reconnect with old friends. So my first experience with the site was as a user, not as a marketer.

I used Facebook for months before I started using it as a marketing tool. I feel like this userbility gave me an insight into the minds of the Facebook users and it was with this knowledge that I was able to put together a truly great Facebook marketing strategy.

My strategy worked almost from the first time I tried it and I've been using it ever since. The Facebook marketing strategy that I created centers around their social ads and the only way to use them properly and effectively. I've never seen this strategy anywhere else and I don't expect to. My marketing plans were created out of the fabric of what Facebook was intended to do and it therefore is enormously powerful.

Since the addition of applications earlier this year, millions of web developers have broken their backs creating fun, interesting, playful and useful applications for their fellow Facebook friends, few though have been able to profit from their hard work.

When applications were still new and everyone wanted to add as many as they could to their profile, a handful of developers managed to make some money from their work. These lucky few didn't achieve success because of any explicit marketing technique, but due to Facebook's inherently viral platform. Their applications were fun and interesting and people enjoyed recommending them to others. In fact, their popularity might have been because of their lack of a marketing technique, instead of despite it.

The majority of these early success stories have not been successful in leveraging their applications to other Facebook opportunities. These were one hit wonders. But their accomplishments serve for our gain that monetizing Facebook is not only possible but achievable, if done in the right way.

Facebook is a resource that will only continue to grow in the coming months and years. Facebook's expansion is predicted to eventually surpass MySpace's and when that happens, you already want to have your monetization in place. For developers and business people alike, Facebook is an opportunity that is well worth exploring.

Don't overlook this tremendous untapped opportunity. If you'd like to succeed where so many others have failed, this is your chance.

One of the biggest complaints that people have with Facebook is the low conversion levels.

Advertisers are complaining that effective campaigns are converting only 0.03% of the time. People will keep shying away from marketing on Facebook until they figure out a way to increase the monetization and until they find an effective use of Facebook's growing user base. But let's not forget that even Google's acclaimed Adwords program took longer than expected to customize before the masses were able to profit.

If Facebook's expansion follows the same template (which all signs are pointing to), then the most profitable period should be in 6-12 months from now. If you want to be in prime position to profit just like those websavvy marketers did back in the early days of Adwords, this eBook is a must.

Facebook Social Ads - The New Adwords Will Help You...

I Already Know How To Monetize Facebook, But I Can't Create Applications!

Creating applications for Facebook is not the only way of monetizing the social networking site. In fact, most Facebook marketers don't even believe in the effectives of applications for creating a stable profit flow.

Current research shows that despite the fact that there are over 5,000 applications available, 87% of all traffic comes from just 84 applications. so unless you have a really great idea and a great way to push it, creating an application will not monetize anything.

Instead of pushing applications, my methods revolve around using Social Ads to reach your target market. Social Ads is the key to effective Facebook marketing, but only if used properly. Learn how to use them today.

There are lots of advantages to using Facebook as a marketing tool, but the pitfalls can be tremendous. Remember when you went through the growing pains of setting up your Adwords campaign and how long it took you to see any profit at all, let alone a significant profit? Facebook marketing is the same. Only through trial and error will you learn how to customize Facebook monetization for your particular needs.

If you are serious about slicing off just a small piece of the world's most popular social networking website, then this is the eBook you need to read. Stay ahead of the market and learn today what everyone else will want to know tomorrow.

Facebook Social Ads - The New Adwords has already helped hundreds of people make money on Facebook, let it help you too.

Facebook Social Ads - The New Adwords has already helped hundreds of people make money on Facebook, let it help you too.


Reader Reviews for "Facebook Social Ads - The New Adwords"
Reviewed by Avinash Hasija on 2018-12-07
My Rate 5
I will give 5stars to this book "Facebook Social Ads" as by reading to this book one will get answers to the following questions which are :
• Understand the Unique Marketing Mind Set Involved In Facebook Marketing!
• Build Your Facebook Marketing Strategy From The Ground Up!
• How To Use Social Ads To Boost Your Sales!
• Figure Out How Pages And Beacons Can Be Your Marketing Savior!
• Use New Changes To Facebook To Your Advantage!
• Find Out What The Real Facebook El Dorado Is!


Reader Reviews for "Facebook Social Ads - The New Adwords"
Reviewed by Avinash Hasija on 2018-12-07
My Rate 5
I will give 5stars to this book "Facebook Social Ads" as by reading to this book one will get answers to the following questions which are :
• Understand the Unique Marketing Mind Set Involved In Facebook Marketing!
• Build Your Facebook Marketing Strategy From The Ground Up!
• How To Use Social Ads To Boost Your Sales!
• Figure Out How Pages And Beacons Can Be Your Marketing Savior!
• Use New Changes To Facebook To Your Advantage!
• Find Out What The Real Facebook El Dorado Is!