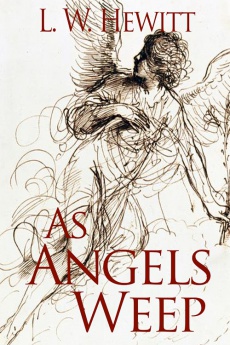 Throughout occupied Europe common people gathered around their kitchen tables and plotted treason. It was a crime to save a life. For three little Jewish girls living in a Berlin orphanage the night they called "Broken Glass" began a terrifying ordeal - the beginning of the Holocaust.

As Angels Weep is based on the true story of the Kindertransport - the grass roots efforts of people all over occupied Europe to save the lives of its children. They were not just the rich and powerful, like Oscar Schindler. Sometimes they were small and powerless, but slipped through the cracks of the Nazi juggernaut to earn through pain and blood the final victory against tyranny.

The stories are based on compilations of true events even while the stories and the characters themselves are fiction. The French village of Le Chambon is very real. It was here where thousands of Jews simply disappeared like rain falling on the fields and woods, never to be discovered by the Gestapo. The loading dock at Rödermark and the home of German industrialist Herr Koenig in Amsterdam represent but a few of the places where people raised their fists against the bloodiest empire in human history, and won.