An emperor for the animals Ebook

An emperor for the animals
Category: Animals, Fantasy, Fiction 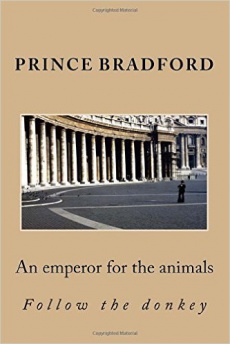 +$1
Title: An emperor for the animals
Author: Prince Bradford
Description:

The birds, fishes and animals have been having a series of meetings. They are concerned that too many of their members have been made extinct or are under the threat of extinction. They believe that directly or indirectly man is to be blamed. The decision is take that in order to preserve their species man must be made extinct. They would in tourn set up their own government with prime ministers, presidents, kings and a supreme ruler to be over these leaders, an emperor. At a meeting of the animals Theldon the donkey reminded the animals that there is a man, The Prince of Shalom, who is the son of King EL Olam that care should be taken not to harm in any way. An alternate option is presented to wait on King El Olam to set up the State of Utopia. This suggestion is taken back to the birds and the fishes. The fishes are willing to accept the suggestion but the birds plan to double cross the fishes and animals. Zhroster the Eagle sided with the fishes and animals and inform the animals and had the fleas and lice betray the birds plans to the animals. Soon there are two groups because some animals agreed with the bird to go ahead and make man extinct while the other group is willing for King El Olam to set up the State of Utopia.